Almost 24 months ago – our family was in crisis. My son David was approaching his 16th birthday and began having seizures. As the mother of a child with autism, it was challenging to care for my son because of his verbal limitations and heartbreaking to see him suffer. It was difficult for him to communicate how he felt and the pain he was going through. David was struggling in school and became physically aggressive toward the teaching staff and students. He could not be managed and was not allowed to attend class trips, community outings or the after-school program.

David was self-injurious and his behavior turned erratic and impulsive in a very short period of time. I could no longer take David in the car – he would grab the steering wheel or try to open the car door while I was driving. He became physically aggressive toward his 4-year old little brother. It would happen so quickly and unexpectedly that my husband had to sleep on the floor next to our 4-year old’s bed so that he would be safe if David ran in his room in the middle of the night.

It was taking its toll on all of us especially our youngest child. It was no way for a family to live. The event that changed everything was the day I was attacked by my own son. In what seemed like the blink of an eye, David grabbed the back of my head with both hands, pushed me to the ground and pulled two fist-fulls of hair out of my head. I was very afraid. For the first time, I could not manage my own child. It was truly the dark side of autism that no one speaks of.

I called David’s neurologist. She was very worried for our family and for David’s own safety, and made arrangements for us to immediately take David to Trinitas Regional Medical Center. He was admitted to the Child Crisis Intervention Unit and hospitalized for 3 weeks. He underwent a full psychiatric evaluation and began a new series of medicine. David began to slowly improve but required an out-of-home placement and could not return home.

My husband and I were sleep deprived, emotionally/physically exhausted and overwhelmed with the daily state of confusion that had been our life for so many months. We were told there was an open bed at the YCS Lawn Ridge Group Home in Orange. It was an hour away of our home in Freehold and would become David’s new home away from home.

Upon our arrival at Lawn Ridge, we were greeted by Olimpia Bright (Asst. VP of Sawtelle Services) and the YCS staff. On that memorable day, I felt as if this huge weight had been lifted from me. Words cannot describe the overwhelming feelings a parent has when placing their child in a group residence. There are many bittersweet emotions of joy and sadness – you can’t imagine not seeing/taking care of your child everyday and yet you are so grateful for the required services and care that your child will receive.

David transitioned remarkably well and I am so proud of the courage he has shown living away from home. He is more verbal and has reached a moderate level of independence with dressing himself, showering and brushing his teeth. He even sets the table at mealtime! David is happier, healthier and has gained weight. He enjoys playing basketball and going out into the community with staff. He loves his school (YCS Sawtelle Learning Center) and has not had a seizure or any aggressive incidents in over 24 months. I cherish my visits with David every Wednesday afternoon and look forward to Sundays even more when we can all be together as a family.

I would like to thank all the staff members at Sawtelle Home Lawn Ridge for taking care of David and keeping him safe each and every day. I would especially like to thank Ms. Bright for the many acts of kindness she has extended to our family. She encouraged me to be strong for my son and has helped me understand how this entire process that can be so difficult for a mother is yet so necessary. She has reminded me that I am not alone and has helped me let go of the tremendous feelings of failure and guilt I have carried for placing my son. It has truly been the hardest decision I have ever had to make as a mother – but having the courage to let my son go will help him reach his full potential.

This November, after successfully completing services at Sawtelle Lawn Ridge, David, now 18, has transitioned into a step-down residential program nearer to his family’s home and attends a vocational food services program. In a thank you letter to YCS, Ms. Roth says,

David’s recent discharge from YCS was bittersweet, but it brings me tremendous comfort to know that another family is now receiving the same level of critical care for their own child in need. I now have the joy of watching my son embark on the next chapter of his life while knowing that the door has been opened for another family to benefit from all that [YCS] has to offer 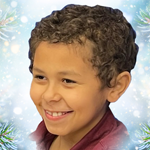 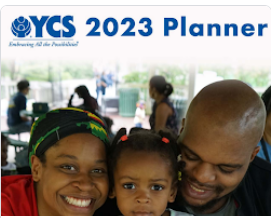